It is interesting to see the shades of differences between the gospel accounts. These are not contradictions, but added layers that give depth to the incidents and reveal things about the inspired penman and their audiences. Take, for instance, the account of Matthew’s conversion and the subsequent dinner at his house.

In Luke’s account, in which the apostle is called Levi, it is written that when Jesus said, “Follow Me,” that the tax collector “left all, rose up, and followed Him” (Luke 5:28). There is a slight difference in Matthew’s own account; he does not say that he “left all.” Matthew simply says that “he arose and followed Him” (Matthew 9:9).

Have you noticed the distinction before? It is very subtle, but it speaks to the apostle’s humility. He did not want to draw attention to the fact that he left behind his occupation to follow Jesus. He did not want to boast. But Luke, an impartial third party, could state it plainly: Levi “left all, rose up, and followed Him.” What a commentary on the apostle’s humility and commitment!

A second difference highlights the interests of the intended audiences. It is believed that Matthew, a Jew, wrote his account of the gospel with the Jew in mind. Thus, there were references to Old Testament passages that would be important to the Jewish reader. When Jesus’ act of eating with tax collectors and sinners was brought to light, the Lord responded, “Those who are well have no need of a physician, but those who are sick. But go and learn what this means: ‘I desire mercy and not sacrifice.’ For I did not come to call the righteous, but sinners, to repentance” (Matthew 9:12-13). He quotes from the prophet Hosea (6:6). Luke, on the other hand, with primarily a Gentile readership in view, did not include the quotation of the prophet.

One final note about this incident: some try to use this event to justify their own actions of sin when committed with other sinners. They will declare, “Jesus partied with sinners, too!” Is that what is taught in the gospel accounts? Jesus sat with sinners, that is true, but He never sinned with sinners. He held them accountable and called them to a better life. He lifted them up out of their sin and showed them the way to serve God.

Can Jesus See Your Faith?

After calling the fishermen to follow Him, Jesus began displaying the power of God through signs of healing. Peter’s mother-in-law was healed; He cast demons out of several individuals; even a leper was cleansed of his wretched disease. The report of His deeds spread rapidly, and He was soon surrounded by those who wanted to hear what He had to say and watch what He could do.

In Capernaum, such a large crowd gathered in a house where Jesus was teaching that “there was no longer room to receive (the crowd), not even near the door” (Mark 2:2). Four men carried a paralyzed friend on a bed to the house, desperate to request Jesus’ help to heal his condition, but they couldn’t make their way through the throng.

What did they do? Did they give up? Did they think, “Well, we tried, but I guess it just wasn’t meant to be”? No! They were focused on getting in to see this Man who could do miraculous things, confident that He could cure their friend. In his seminal work The Four-Fold Gospel, J.W. McGarvey remarked, “To these four who sought Jesus it seemed a case of now or never. If they waited till another season, Jesus might withdraw himself again for ‘some days,’ or the palsied man might die. ‘Now’ is always the day of salvation.”

The men climbed up on the roof, took it apart—which was no easy task—and lowered the paralyzed man down to where Jesus was inside the house. The inspired record then says, “When Jesus saw their faith, He said to the paralytic, ‘Son, your sins are forgiven you’” (Mark 2:5). Did you notice that? Jesus saw their faith. How? By their actions.

Isn’t this what James says? “What does it profit, my brethren, if someone says he has faith but does not have works? Can faith save him?” (James 2:14). The obvious answer is negative. Saying that you believe something without acting upon that belief cannot save you!

The concept of “faith only salvation” is not a “wholesome doctrine” as many denominations teach. Rather, it is a doctrine full of some holes! “For as the body without the spirit is dead, so faith without works is dead also” (James 2:26). Can Jesus see your faith?

Matthew’s account of Jesus calling the two sets of fishing brothers is brief; Luke gives a little more detail into the incident leading up to their decision to leave their livelihood behind. After an unsuccessful day of fishing, Jesus comes and tells Peter, “Launch out into the deep and let down your nets for a catch” (Luke 5:4). Peter hesitated, but relented, “At Your word I will let down the net” (Luke 5:5).

Have you ever encountered something as you study the Scriptures that you’ve never seen before? Perhaps a command or a principle that someone taught to you differently than the Bible actually presents it? You have a decision to make when such happens. You can either continue to practice what you have always practiced, even though you now know better. Or you can say, “At Your word, Jesus, I will do what You have commanded.”

Do you know what happens when you choose the latter? You will be blessed beyond measure. Even if you lose some things that are important to you, such as friendships, or family relationships, or even material possessions—Jesus will bless you because you obeyed!

“Assuredly, I say to you, there is no one who has left house or brothers or sisters or father or mother or wife or children or lands, for My sake and the gospel’s, who shall not receive a hundredfold now in this time—houses and brothers and sisters and mothers and children and lands, with persecutions—and in the age to come, eternal life” (Mark 10:29-30).

Peter, Andrew, James, and John “forsook all and followed Him” (Luke 5:11), and because of their faithful service to the King they will enjoy His incredible blessings for eternity. Are you willing to do what Jesus says, “At His word”? 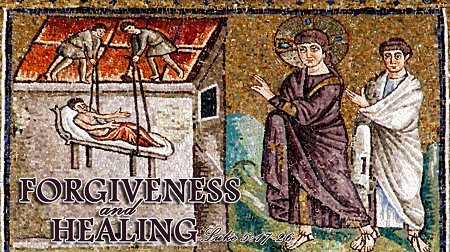 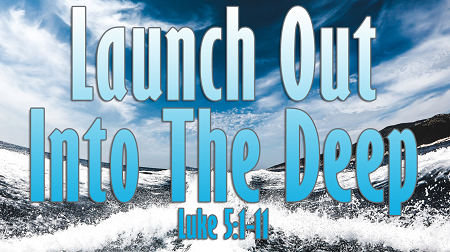 I. God doesn’t expect you to do everything all at once

II. We are not doing it alone

III. The importance of our attitude

Our attitude in obeying the Lord is important. Peter obeyed, but not without voicing his complaint in the process. In essence, he said, “I’ll do it, but I don’t see the point!”

He changed his attitude when he saw the miraculous catch. Peter recognized not only the power of Christ, but his own sinful condition, and acknowledged that he was truly not worthy to even be in the Lord’s presence.

Should we not also pay attention to our attitude as we serve the Master? We should be joyful as we do the things God has commanded, exhibiting a cheerful attitude that will cause others to desire to serve Him. If God’s children all had the attitude of Peter, grumbling that we don’t see the point, it would be difficult to influence those outside of Christ to obey Him.

It is also interesting to see what the early disciples did: “they forsook all and followed Him.” Can we say the same today? Or are we hanging on to something that prevents us from full and complete service? Christianity is not a hobby; it is full-time way of life meant to affect everything else we do.

Memory (Recite to a friend without looking)

Luke 5:31-32: Jesus answered and said to them, “Those who are well have no need of a physician, but those who are sick. I have not come to call the righteous, but sinners, to repentance.”

Pray for a better attitude in your service to the Almighty. Pray for joy in worship and delight in the duties expected of God’s children. Pray that your cheerfulness will be contagious to your brothers and sisters in the Lord.