Simeon is a man of whom very little is known. Adam Clarke claims he was the son of Hillel, who was also the father of Gamaliel. Another scholar, H.D.M. Spence, made note of the fact that the Mishna, which included the sayings of many great rabbis, contained no record of any words from Simeon. He surmised that this may have been the case because of the “hatred incurred because of his belief in Jesus of Nazareth.” Luke’s inspired testimony of Simeon is sufficient for people of faith.

Simeon “was just and devout, waiting for the Consolation of Israel, and the Holy Spirit was upon him” (Luke 2:25). At times we view the religious elite of the first century as unrighteous and selfish, but there were some like Simeon who still held to the truth and patiently looked forward to the fulfillment of God’s promises through the prophets of old.

The word “devout” is translated from a Greek word that means, “taking hold well; carefully and surely; cautiously.” He was living his life in such a way that he carefully watched his behavior. He was pious and reverent in his conduct, not wanting to stray from the path God had established.

The Holy Spirit told Simeon that he would not die until he had witnessed the Christ. He believed God, and Simeon praised God when the Christ was presented at the temple. “Lord, now You are letting Your servant depart in peace, according to Your word; for my eyes have seen Your salvation which You have prepared before the face of all peoples, a light to bring revelation to the Gentiles, and the glory of Your people Israel” (Luke 2:29-32).

Simeon proclaimed what many in the Jewish world considered a curse: “revelation to the Gentiles.” It did not matter that he also declared “the glory of Your people Israel.” Men like Simeon were few and far between. Men who wanted to see the salvation “of all peoples,” not just one race or nation.

Do we desire the same today? Do we want to see all nations accept the gospel and obey the Lord? Or do we believe it is a special honor bestowed only upon the citizens of our country? 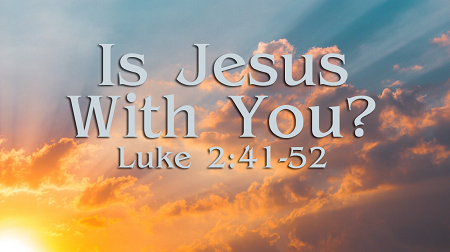 I. Many assume that He is

II. Where do we look? 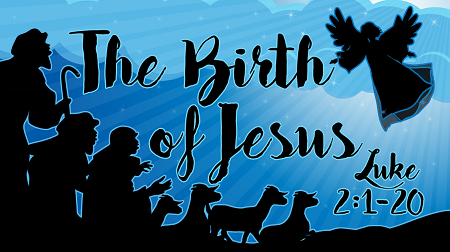 We have very little information about Jesus’ life before His public ministry. Luke relates one incident that occurred when Jesus was just twelve years old.

Joseph and Mary were faithful in their attendance of the Passover Feast in Jerusalem, traveling there each year. They journeyed with a large group of family and friends, and when they began their trip home after the feast, they did not realize that the pre-teen Jesus had been left behind in the city.

It isn’t difficult to imagine Joseph and Mary’s fear. They had been entrusted with the Son of God, and they lost Him! It took them three days to find Him; He was in the temple, “in the midst of the teachers.” At just twelve years of age, Jesus’ priorities were in order. He asked Mary, “Did you not know that I must be about My Father’s business?”

Do we ever lose sight of our Father’s business? We develop a routine of going to school or work, but do we lose sight of what is truly important? Where are our priorities? Do we go about our daily activities without any thought to how those activities can be used to accomplish God’s will in our life and the lives of those around us?

Luke 5:31-32: Jesus answered and said to them, “Those who are well have no need of a physician, but those who are sick. I have not come to call the righteous, but sinners, to repentance.”

Pray for opportunities to be about the Father’s business. Pray that He may use you to accomplish His will. Pray for those around you that you can influence in a positive way.