Do You Believe This?

Martha gets a lot of grief for the incident recorded in Luke 10 at the home she shared with Mary. Mary sat at Jesus’ feet, desiring to learn from Him, while Martha was busy serving and making sure everyone had everything they needed, and she complained to Jesus that Mary wasn’t helping her. Jesus told her that Mary had “chosen that good part” (Luke 10:42). Generally, when one mentions Mary and Martha, this is the first incident that comes to mind.

And yet, John records a much different picture of Martha in his account of the gospel. As she mourned the death of her brother, Lazarus, she expressed her great faith in Jesus. She went to meet Him while Mary stayed at the house, and Martha said to Him, “Lord, if You had been here, my brother would not have died. But even now I know that whatever You ask of God, God will give You” (John 11:20). I do not believe Martha was blaming Him for Lazarus’ death, but rather just stating a fact. She knew His power. She knew His might. She knew He could have prevented her brother’s death.

Jesus responded to her statement of faith with a promise, “Your brother will rise again” (John 11:23). Martha misunderstood His timing but believed His statement. She believed what the Lord taught concerning the general resurrection, that the day was coming when all the dead would be raised again. “I know that he will rise again in the resurrection at the last day” (John 10:24). She was looking forward to that day when she could see Lazarus again, but she didn’t know that day was today.

Jesus then gives one of the great “I am” statements found in the gospel of John. “I am the resurrection and the life. He who believes in Me, though he may die, he shall live. And whoever lives and believes in Me shall never die. Do you believe this?” (John 11:25-26).

Martha answered, “Yes, Lord, I believe that You are the Christ, the Son of God, who is come into the world” (John 11:27). What great faith in a time of sadness! Do you believe this? 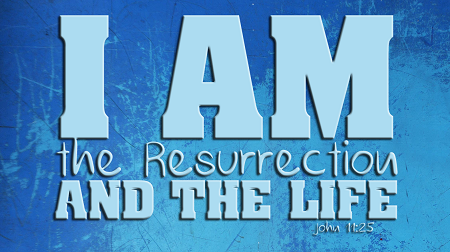 I. Jesus receives the news about Lazarus

II. Jesus grieves with His friends

One of the first memory verses children are tasked with is often John 11:35. Two words: “Jesus wept.” But how much profound teaching is found in those two words?

Why did our Lord weep as He looked at the tomb in which Lazarus’ body lay? Was He simply overcome with the grief that was felt by His friends, Mary and Martha? Or was there something more? Something deeper? Something spiritual?

Where was Lazarus? His body was inside the tomb, but his spirit had departed. James reminds us that “the body without the spirit is dead” (James 2:26); Jesus affirmed that Lazarus was dead. Thus, his spirit was not in the tomb with his body.

If Lazarus was a faithful follower of God, he was in Paradise. Jesus was about to recall him from a place of spiritual safety back into a wicked world filled with temptation and sin. Do those two words—“Jesus wept”—carry more weight when thinking of those implications?

James Burton Coffman commented on this incident, “The prospect of Lazarus again facing life with its inevitable dangers to the soul, and particularly with the additional burden that would be imposed by his resurrection (fort he Pharisees would try to kill him) – all such considerations are of such profound weight that they may be rightly viewed as plunging the Son of God into tears as he thought of them.”

John 12:48. He who rejects Me, and does not receive My words, has that which judges him—the word that I have spoken will judge him in the last day.

Pray for a deeper understanding of the Scriptures, using sound resources to better understand the mind of God. 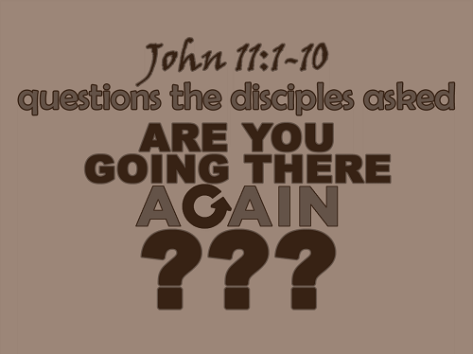 II. IS THERE ANY EXCUSE TO DISOBEY GOD OR AVOID HIS WILL?

Watch a video of this lesson.