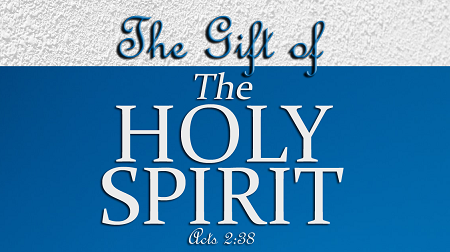 I. Voices of the past

A. Joel’s prophecy of the miraculous (Joel 2:28-32)
B. Pentecost as the fulfillment of that prophecy (Acts 2) 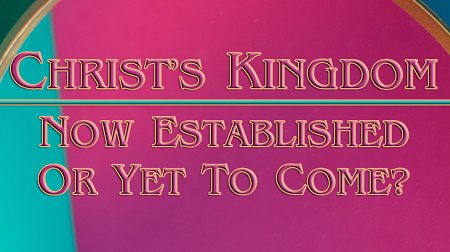 I. Prophecies concerning the kingdom

II. The establishment of the kingdom

III. Modern misunderstanding of the nature of the kingdom: premillennialism and its consequences

How do you react when someone confronts you about something you have done? Are you defensive, or penitent? How we react to the awareness of sin in our lives says a lot about our hearts and our desire to be right with God.

After giving a brief history lesson, including prophecy that pointed to the very day they were witnessing, Peter tells the Jews on Pentecost that they had crucified the Lord and Christ sent from God. What was their reaction? Luke says, “They were cut to the heart,” then they asked, “What shall we do?”

They were genuinely concerned about the atrocious act they had participated in and wanted to correct it. Obviously, they could not undo the act, but by the grace of God they could be forgiven.

It is interesting to note that Peter responded definitively: “Repent, and let every one of you be baptized in the name of Jesus Christ for the remission of sins.” Without obedience to this command, their sins would not be remitted.

What do you lack in your relationship with God? Have you repented of your sins and been baptized? Are you obediently faithful to the revealed Word?

Acts 2:38. Then Peter said to them, “Repent, and let every one of you be baptized in the name of Jesus Christ for the remission of sins, and you shall receive the gift of the Holy Spirit.”

Pray for forgiveness, but do not neglect obedience. Pray for stronger faith.

There are many opinions about baptism in the 21st century religious world. Most recognize that baptism is important but disagree on its place in God’s plan for saving man. Since it is an important topic, we would be wise to seek the counsel of God on baptism.

“For the remission of sins”

Acts 2:38, Then Peter said to them, “Repent, and let every one of you be baptized in the name of Jesus Christ for the remission of sins; and you shall receive the gift of the Holy Spirit.”

Let us pause for just a moment to clarify that the Bible does not teach salvation by baptism alone. The Scriptures are clear that one must hear the gospel (Romans 10:17), believe (John 3:16), repent (Acts 2:38; 3:17), and confess his belief in Christ as the Son of God (Acts 8:37). All of these things work together with baptism to bring about God’s grace in a person’s life. It is neither faith alone (James 2:24) nor baptism alone (Mark 16:16) that saves, but an obedient, active faith.

“Wash away your sins”

When Jesus appeared before Saul of Tarsus on the road to Damascus, the Lord told him, “Arise and go into the city, and you will be told what you must do” (Acts 9:6). For three days Saul fasted and prayed (Acts 9:9,11) until Ananias came and said, “And now why are you waiting? Arise and be baptized, and wash away your sins, calling on the name of the Lord” (Acts 22:16).

So follow the events: Saul believed, then started fasting and praying, and then Ananias said stop praying, be baptized, and wash away your sins. That’s a lot different than what many say today! Many teach that when you believe and say a prayer, you’re saved at that point, and then later you can be baptized if you want. But Ananias placed baptism before the washing away of sins!

The North American Mission Board, an organization of the Southern Baptist Convention, says, “While baptism is important, it is not necessary for salvation.” They argue against the clear statement of Mark 16:16, in which Jesus says, “He who believes and is baptized will be saved; but he who does not believe will be condemned.” NAMB argues, “Mark 16:16 is silent concerning whether the person who believes but is not baptized is saved or lost.”

Jesus is clear in His command. Why must man take His plain statement and twist it and make excuses and try to find loopholes? Jesus said believe, be baptized, be saved. Nothing is said about belief without baptism because there is no such thing; if one truly believes and understands, he will simply obey what Christ commands without looking for a way out.

Where do you stand?

Do you believe that Jesus Christ is the Son of God and died so that your sins could be forgiven? Have you had your sins washed away by the saving blood of Christ? Have you been baptized for the remission of sins?

If you need assistance in obeying this simple command of the Lord, the only One who can save you from your sins, please contact your local church of Christ today.

He Is Coming
by Mike Winkler