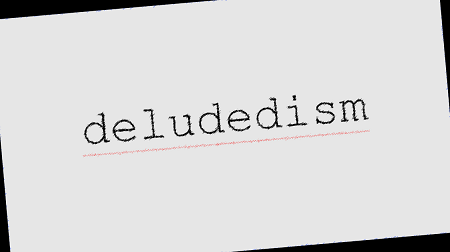 I. Applications from life and nature

II. Applications from the Old Testament

III. Applications from the New Testament

* You will not find this word in the dictionary. If you type “deludedism” into Microsoft Word, it will get the squiggly red underline. The word was made up by the late brother Paul Hodges, and I first heard it in a lesson he presented at Lehman Avenue church of Christ in Bowling Green, Kentucky, over fifteen years ago. On July 11, 2016, brother Hodges went home to his reward, and I know the Lord’s kingdom was benefited greatly by his service over the years. He was a gifted song leader and a dedicated servant, and he was staunch in his opposition to the various false “ism’s” of the religious world, including “deludedism.” The idea behind “deludedism” is this: it doesn’t matter what you believe, as long as you are honest and sincere, God will save you. What do you think? Is it a valid system of belief?